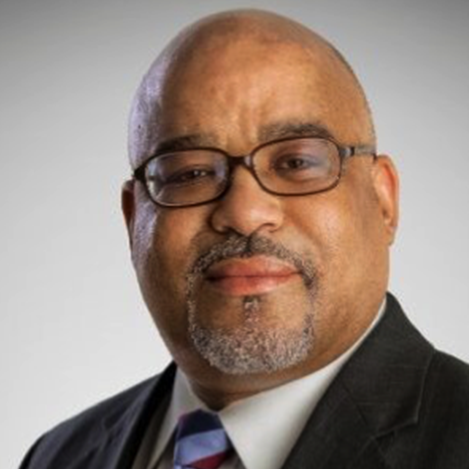 David A. Harris is currently President and CEO of the Urban Strategies Council. His relationship with Urban Strategies goes back to 1994 when, as a grantmaker, David was introduced to the Council. His 35 year career includes experience in the private, philanthropic and nonprofit sectors, and work as an independent consultant.

Just before coming to Urban Strategies, David worked to complete his graduate degree in Urban Studies at the University of Nebraska-Omaha. His research focused on community engagement, leadership and sustainability issues facing low-income and working-class communities. While in school, he was also an independent consultant providing resource development, strategic planning, and management services to nonprofit and philanthropic organizations.

Before returning to school, David spent almost 20 years in philanthropy, most recently as Vice President of Grants and Initiatives at the Iowa West Foundation. Before joining Iowa West, David was Director of Regional Policy & Florida Philanthropy for the John D. & Catherine T. MacArthur Foundation, and a Program Officer at the Charles Stewart Mott Foundation.  David began his nonprofit career as Executive Director of Jobs for Youth (NY). He also worked at CBS, the Nigerian Television Authority, and Morgan Stanley earlier in his career.

A Harvard College graduate (1980) and lifelong community builder, David (among his many community leadership roles) was the founding Chair of Parents Across America; Vice Chair of the Funders Network for Smart Growth & Livable Communities; President of the Legal Environmental Assistance Foundation (working on environmental justice issues in AL, FL and GA); and, Vice-Chair of both the Association of Black Foundation Executives and National Parenting Association. As a youth development leader, David was Vice Chair of the National Youth Employment Coalition; Chair of the New York Youth Employment; Coalition; U.S. Delegation Chair to the 1979 World Youth Rally; and, National Youth President of Junior Achievement Inc.

A Bronx, N.Y. native, David has been married to his high school sweetheart, Roxanne, for 34 years and is the proud father of two sons – Marcus, a banker and multi-media artist; and, Malik, a U.S. Navy Officer.